How the Car Keys Technology Has Evolved in the Last Few Years? 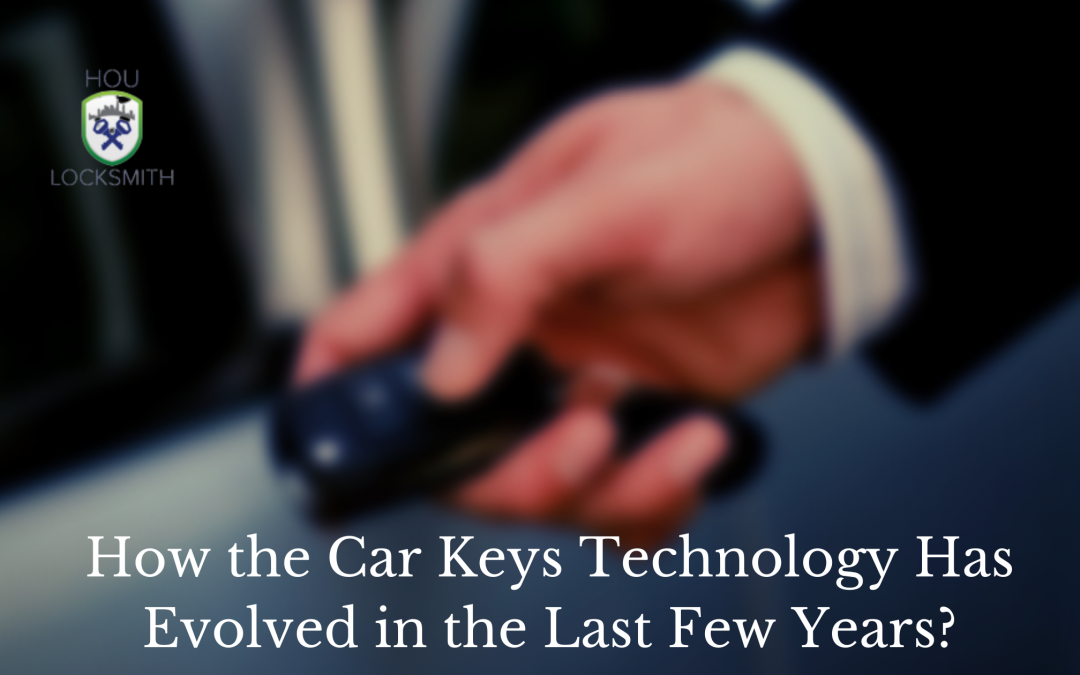 It is one of those things that are with you always but you never notice it. Like your car key. This powerful tool has helped you gain access to your vehicle every day. Yet you may have paid scant attention to the key or the key history.

If you spare a thought, you will realize that the car key has transformed over the years. From being just a metallic strip used to turn the ignition lock, the car key has now become a remote control device to operate all your vehicle functions. Advanced technology has made the evolution of the car key possible to an unimaginable extent. Today, you have vehicle keys that look and function like a mobile device. Artificial intelligence is the next step car keys are going to take to achieve automated driving.

Hearing this, it looks like it will serve us a lot of good to walk down the memory lane of the evolution of car key technology. So, let us start, shall we?

History of the evolution in car key technology

The first car but no key

The era of car invention was the 19th century.

In 1886, Karl Benz built the first car. This automobile had just 3 wheels and worked on an internal combustion engine. The other most astonishing fact about the first car is that it didn’t have a key!  The key was only used to lock the ignition. So if the purpose of a car key is to start the ignition, the first car did not have such a key!

Most of the late 19th and the early 20th centuries managed with the same technology. The only differences, later on, we’re in the addition of an extra wheel, an electric motor, and an electric starter.

The real connection between the car ignition and the key came not until 1949. This year saw Chrysler introduce the key that started the car by turning the ignition tumbler.

Until 1965, car keys had cut only on one side. This meant you could turn the key only in one direction. Ford, in 1965, introduced the double-sided car key with cuts on both sides allowing either side rotation.

In 1986, Chevrolet added a small resistor to its key. This needed a code to start the Corvette vehicle. These new anti-theft protection measures as adopted by other car brands.

The first remote control for cars

In 1982, French carmaker Renault introduced the first handheld remote transmitter for its Fuego vehicle. This entered the era of remote key fobs.

The first use of the laser-cut keys was in the Lexus SL400. The objective of using this laser key cutting was to prevent easy replication of the key cuts.

In 1996, German car manufacturer Mercedes introduced a switchblade key in its Benz models. This key snapped out of the remote key fob. Also known as the flip key, this key folds into the fob when not in use. It is used to open the car door, glove box, start the car, etc. These keys have a transponder chip that helps to operate the car on remote using RFID signals.

In 2003, Mercedes used the proximity sensor technology in the form of a smart card but in vain. Japan origin Lexus adopted it and uses it even now in some models.

2016 saw the advent of the Display key in the BMW 7 series. Designed like a smartphone, it had an LCD touch screen. It can operate the car from a distance of 1000 feet! It opens and closes the car door and boot adjusts the climate control and dies a host of other things. It has a wireless feature for charging your cell phone and adaptive cruise control

The latest Tesla model you may not have but you could well have its key. This vehicle operates via a smartphone app using Bluetooth technology.

Innovations are many in the field of cars from power steering to self-healing tires. Cars have acquired several new features from automatic parking to automated driving. Of all these, it is important to note the advancements in car key technology very carefully. This is because your car key has everything to about your vehicle security and you must know it. Keep in touch with a professional automotive locksmith like HOU Locksmith to get the latest car key updates.